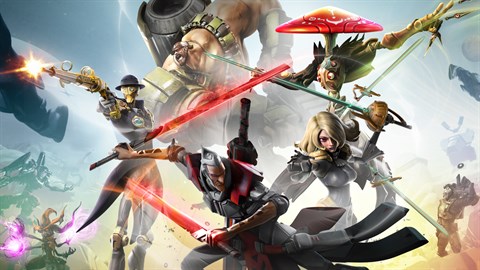 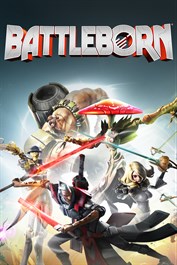 TEEN
For ages 13 and up, Violence, Language

PLAY FOR FREE NOW! The Battleborn Free Trial grants unlimited access (no time limits or level caps) to epic 5v5 multiplayer battles in this Hero Shooter by the creators of Borderlands. Experience a weekly rotation from 30 of the most unique cast of heroes ever assembled. Love a hero? Permanently unlock and customize your favorites via in-game purchases, or upgrade to the full game to unlock all 25 original launch heroes and the Battleborn PvE story mode, or the Season Pass to unlock all 5 post-launch heroes and story operations. All progression from the Free Trial, including player profiles, Hero stats and masteries, will carry over to the full game and Season Pass if purchased. For any individual Hero purchases you have made you will be refunded the in-game currency value of those Heroes when upgraded to the full game or Season pass. IN THE FULL GAME A tremendous band of badass heroes fight to protect the universe's very last star from a mysterious evil in this Hero Shooter by the creators of Borderlands. To defend it, you'll need to utilize every type of character and weapon you've ever imagined -- from cyborg hawkmen to samurai vampires to mini-gun wielding man-mountains. Slash and parry, run and gun, cast and dash, or simply obliterate foes all while building and growing your personal team of heroes. Choose your hero and fight alone or co-operatively alongside friends in story missions, or battle against them in fast-paced competitive multiplayer matches. HEROES Fencing debutante. Robot butler. Dwarf exhibitionist. This is but a mere sampling of Battleborn’s deep roster of diverse heroes, each with unique weapons, abilities and gameplay styles. Who will you be? PVP MULTIPLAYER Battleborn's team-based competitive multiplayer can be experienced by up to 10 players online in 5v5 matches, and includes four distinct multiplayer modes – Incursion, Capture, Meltdown, and Face-Off. STORY MODE Fight to protect the universe's very last star in Battleborn’s Story Mode, a narrative experience that can be played entirely single player, or cooperatively with friends both split screen and online.