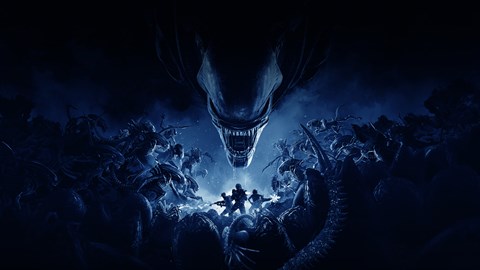 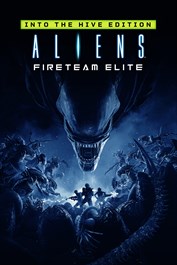 Venture into the hive and experience the Aliens: Fireteam Elite story! The Into the Hive Edition includes both the Standard Edition of the game and its Pathogen expansion, which adds a new campaign with three new missions on top of the twelve missions already included in the base game. Continue the story of Aliens: Fireteam Elite with new environments, maps, cosmetics and an adventure that puts the crew of the Endeavor into their most perilous mission yet. In the expansion, a mysterious pathogen has evolved in the wilds of LV-895 and not even Xenomorphs are safe from its ravages. The crew of the Endeavor must travel into uncharted lands and face terrifying new enemies if they hope to discover the source of this mysterious new threat. Play with up to two other players or AI as you battle through four campaigns to explore the mysterious new planet, LV-895. Discover what hides in the ruins and caves beneath the surface in this third-person survival shooter set in the iconic Aliens universe. The mysterious pathogen is mutating Xenomorphs and local wildlife on LV-895. It’s up to you and your fireteam to battle through a slew of mutated enemies and eliminate the source of the corruption. The Pathogen expansion brings all new environments, maps, weapons, and more to the AFE experience. Explore Engineer ruins, delve deep into enemy hives, and avoid the deadly hazards around each corner. Do you have what it takes to survive? INCLUDED IN THE PATHOGEN EXPANSION The all-new Pathogen campaign, complete with 3 new missions 8 New Weapons 1 New Perk for each Class Kit 13 New Weapon Attachments 2 New Outfits for Each of the 7 Class Kits 6 New Head Accessories 21 New Weapon Colors 10 New Decals 10 New Emotes Note: Some content must be earned through the game and won’t immediately be granted upon purchase.