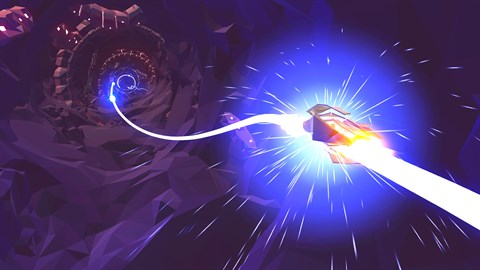 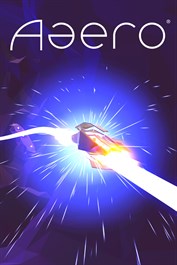 "Once in a blue moon the gaming clouds open and down floats something like Aaero." 9.5/10 - Forbes "A reason to believe in rhythm games again!" 9/10 - CogConnected "A unique gaming experience." 9.5/10 - Gaming Cypher "This could well end up being my game of the year." 92% - The Hidden Levels “It’s ridiculous amounts of fun!” Xbox On "You won't regret getting this masterpiece." 4.5/5 - Gaming Boulevard Speed through stunning, stylised environments tracing ribbons of light, releasing the energy in the music. Battle strange enemies and fight epic boss battles all driven by an incredible licensed soundtrack. Independent micro-studio ‘Mad Fellows’ brings you a unique and innovative game featuring music from Noisia, Flux Pavilion, Katy B, The Prototypes, Neosignal and many more.