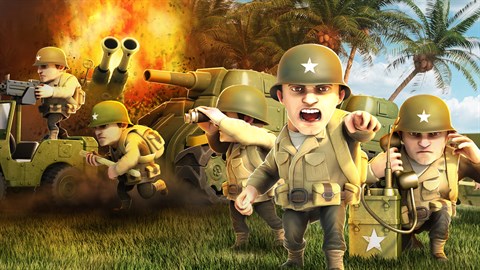 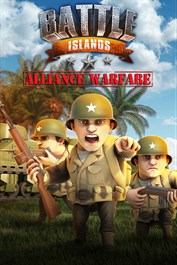 Battle for supremacy in this epic WWII combat strategy game! It’s 1942, and deep in the South Pacific your platoon of crack troops land on a tropical island. Can you defeat enemy forces and hold your ground to fight another day? FEATURES - Build and prepare your base for enemy attacks from players around the world - Invade enemy islands to take as many supplies as possible - Deploy unique troops from air, land, and sea to claim victory - Tackle challenging Campaign battles to improve your fighting skills - Band together and fight alongside your comrades in exciting Alliance Warfare Join the Battle Islands community on Facebook and Twitter for exclusive news and updates! www.facebook.com/BattleIslandsGame and www.twitter.com/BattleIslandsHQ IT'S TIME FOR BATTLE, SOLDIER!