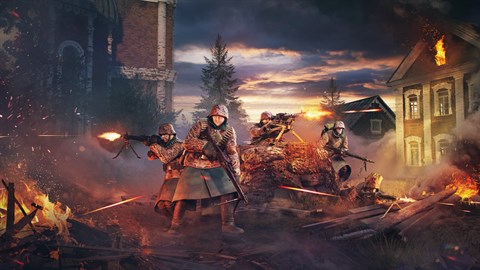 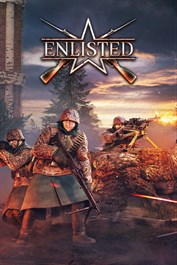 Enlisted is a squad-based first person MMO shooter covering key battles from World War II. The game carefully recreates weapons, military vehicles and the atmosphere of that era, while demonstrating really massive clashes of numerous soldiers, tanks and aircraft with artillery and naval support. At first, players will be able to fight in the “Battle for Moscow” campaign that recreates the heavy clashes between German and Soviet troops in the outskirts of the Russian capital and the “Normandy Invasion” covering D-Day landing and following battles. There are more campaigns already in development including the “Battle for Berlin” and others. Features: – Epic battles that look as massive as the historical battles, like the Normandy Invasion. Players assume the roles of an infantry squad or a tank crew commander or an aircraft pilot. – High input of each player in the team victory: despite the massiveness of the battles, the result is significantly defined by the performance of each player. – 10+ distinctive squad classes like assault, sniper, heavy gun, mortar, flamethrower, anti-tank, engineer, radio specialists, tank crews, aircraft pilots and others. – Hundreds of weapons, ground vehicles and aircraft types. Each of them is based on a real model used in the specific historical campaign of World War II. – A player can customize and train squads according to their individual playing style, unlock perks and upgrades as long as this does not contradict the historical accuracy principle.