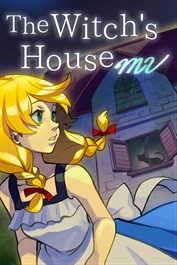 The Witch’s House, originally released in 2012, falls within the tradition of Japanese horror RPGs with heavy emphasis on puzzle-solving and jump scares. Among other entries in the genre such as Ib and Ao Oni, The Witch’s House surprised fans with pixel-art that conceals truly frightening horror. The Witch’s House is deliberately designed with traps at *almost* every turn--sudden death is unpredictable and it keeps players on their toes. Anything can happen at any time. With completely remastered visuals, The Witch’s House MV will feel fresh to even the most familiar old-school fans. Fans will also be greeted by a new difficulty mode that includes new events upon completion of the base game.