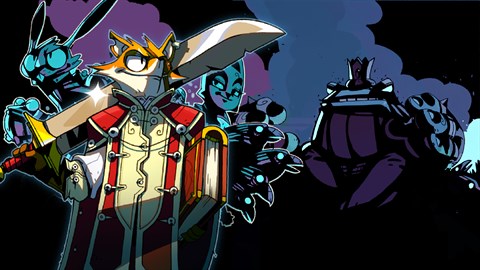 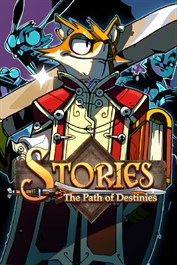 Stories : The Path of Destinies

Sly ex-pirate Reynardo finds himself an unexpected hero standing against a mad Emperor and his army of ravens. In action-RPG Stories: The Path of Destinies, you’ll guide Reynardo across a vibrant fairy-tale land of airships, floating islands, and assorted allies, making choices, traveling through time, and fighting enemies with agile swordplay and magical skills. An empire teeters between salvation or ruin. Your choices will decide its fate. Key Features Unique choice-based narrative in which players explore many different storylines to find the path to victory Fluid fast-paced combat blending acrobatic swordplay, grab attacks, and special abilities Charming hand-drawn illustrations and a colorful storybook aesthetic A deep skill tree where players can unlock powerful new abilities such as the Hookshot or Time Mastery An arsenal of magic-infused swords that can be crafted and upgraded An original soundtrack that changes dynamically with every choice 1000G