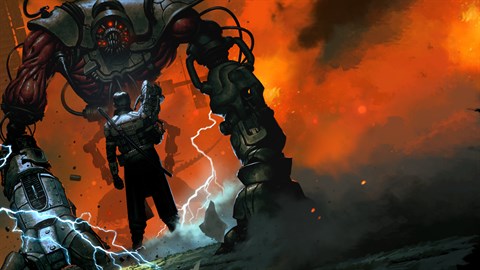 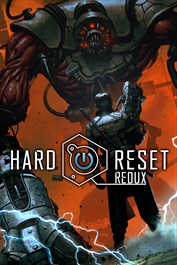 In the only remaining human city of Bezoar, Major Fletcher, an Army Combat Veteran and soldier of the CLN, is dragged into a conflict between two of mankind's greatest enemies. He is to discover that nothing is what it seems to be. The acclaimed First-Person Shooter returns fully upgraded, and more beautifully challenging than ever. Hard Reset Redux is a brand new version of the cyberpunk classic that includes all the content of previous editions, and adds new improved gameplay, enhanced visuals and additional content to make this the Definitive Edition of Hard Reset. Hard Reset Redux is an action-packed and hardcore single-player shooter which embraces the best qualities that the genre has it offer. It includes over-the-top destruction, loads of enemies, great weapon variety, a challenging campaign and a beautifully realized cyberpunk setting. Having been originally developed to shake-up the shooter scene on PC, Hard Reset now returns to do it again on a new generation of hardware.