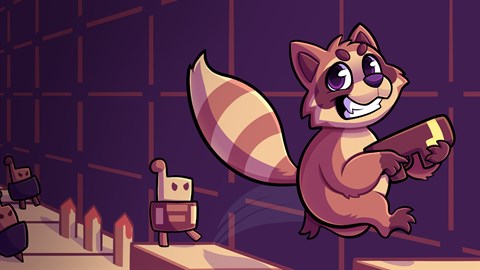 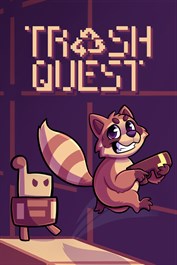 SPACE VOYAGE Trash Quest is set on the space station Deliverance. The crew has just begun preparations for the long voyage to Tau Ceti. The AI has been activated, and it's performing a quick system check. FEARLESS RACCOON You play as a raccoon that has no interest in the fancy defense systems, a raccoon that only wants to get its filthy hands on the station's trash. CHALLENGING FIGHTS Explore an interconnected maze of space station's rooms as you destroy robots, collect power-ups and unlock shortcuts. With each level completed, the difficulty of fighting with enemies increases. SINGLE SPAWN SPOT The progress saves automatically. Everytime you die, you reappear in one single spawn spot. But any power-ups, abilities, or shortcuts you've unlocked will remain.