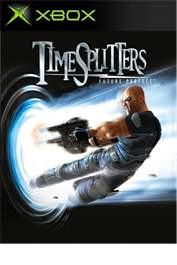 Humanity is on the brink of destruction. Cortez finds himself in a frantic race against time in a desperate bid to trace the origin of the TimeSplitters. It’s a race through time in TimeSplitters Future Perfect™, the sequel to the critically acclaimed first-person shooter franchise. Battle through the centuries to change the past and alter the future with a massive arsenal of period firearms. Along the way, you’ll get help from your past and future selves as you travel through the ages to infiltrate historic castles, annihilate evil robots, and more. This game can't be played on Xbox 360.