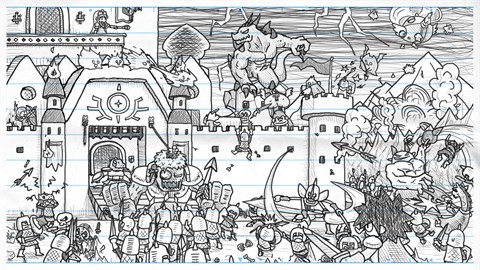 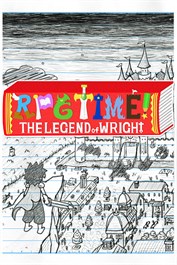 RPG Time: The Legend of Wright

It's time for adventure! When school's out, it's RPG time! Let's play an RPG that's hand-drawn by a game-loving boy named Kenta, who drew it all on his notebook. Fun and exciting gimmicks and tricks appear every time you turn the page! In a classroom after school, the player finds themself playing an RPG created by a boy named Kenta who dreams of becoming a game creator, titled "The Legend of Wright." While the game's title contains the term "RPG," players will soon find themselves playing games other than the hand-drawn RPG on a notebook: a world made from cardboard and stationary strewn across a desk will also have players play action, adventure, side-scrolling shooters, and command battle games! The game is absolutely chock full of Kenta's playful imagination! Taking fifteen years to conceive and 9 years to develop, "RPG Time: The Legend of Wright" is packed with its creators' ideas and entertaining flourishes. Its uniquely creative presentation has won tremendous critical acclaim, leading to awards at numerous game trade shows around the world, including Tokyo Game Show, Taipei Game Show amd BitSummit.