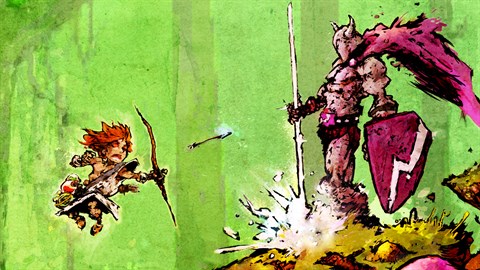 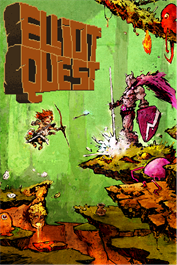 Elliot can’t die—but he’s still running out of time. In Elliot Quest, the victim of a rare curse must find a cure before he’s transformed into a demon. After Elliot’s wife disappears, he falls sick and attempts to take his own life--only to discovers that he can’t die. Plagued by nightmares and growing weaker by the day, Elliot seeks out a local Sage, who tells him that he’s the victim of a rare curse. A demon called a Satar is slowly consuming Elliot’s vitality. If Elliot can’t find a cure to the curse before it’s too late, he will become a Satar. His only hope is to ask for the help of one of the island’s Guardians, who have kept the Satar from taking over Urele. Explore a vibrant open-world filled with hidden secrets and mysterious Guardians that can help cure Elliot's curse of immortality. Throughout this adventure you'll collect countless abilities and spells, quest through 5 dungeons and defeat 16 unique bosses along your way to unlocking multiple endings.