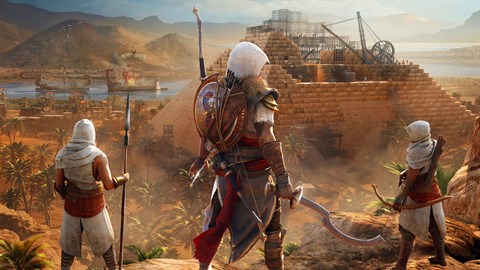 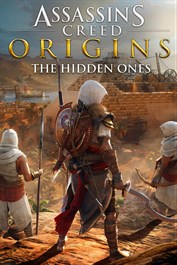 Assassin's Creed® Origins – The Hidden Ones

The Brotherhood story continues with the Hidden Ones, included in the Assassin's Creed® Origins season pass. Years after the birth of the Brotherhood, Bayek is called to the Sinaï Peninsula to investigate a clash between a rebel faction and occupying Roman forces. As he seeks to bring peace, Bayek must shape the code that will one day be known as the Assassin's Creed. This first expansion brings new content to Assassin's Creed Origins with a mission that takes you deeper into the story of the Brotherhood's formation. Explore the beautiful region of Sinaï and meet new characters who will show you a whole new perspective of the Brotherhood. - Improve Bayek with a higher-level cap and new gear - Explore new regions – Sinaï and the Red Sea - Find new legendary weapons with special attributes - Customize your assassin with unique outfits and mounts