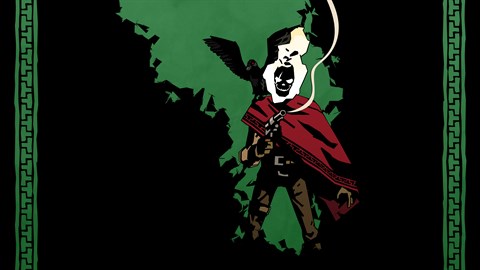 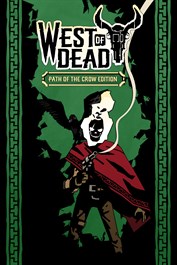 West of Dead: Path of the Crow Edition

Purgatory, Wyoming, 1888. A place of gun smoke and darkness, sin and damnation, wendigos and witches. A shifting, chaotic world that takes its form from the memories, culture or beliefs of the souls who pass through. When a dead man awakens with only the memory of a figure in black, he sets into motion a chain of events that have truly mythic consequences. Step into the boots of the dead man William Mason (voiced by Ron Perlman) and descend into the grim and gritty world of Purgatory in this fast-paced cover shooter which combines the fluidity of twin-stick controls and tactical cover usage. Put your skills to the test - Dodge behind cover as you try to outgun your enemies in the unknown procedurally generated hunting grounds. The Wild West has never been this dark. The Path of the Crow Deluxe Edition contains: The Crow familiar, a friend to our hero. The crow will stay by your side through the darkest of paths. A new level, The Battlefield. Dilapidated and riven with rot and decay, the land here has been shattered and burned by explosions, with a fog-filled with the calls to charge. This level is the epitome of all war and it is yours to battle through. A new enemy, The Captain, a truly frightening opponent, maddened by his lust for war. He is armed with a cannon and a sabre, this menace is trouble close or afar. A new weapon, The Mortar, claimed from The Battlefield, this new weapon will terrify even those cowering behind cover.