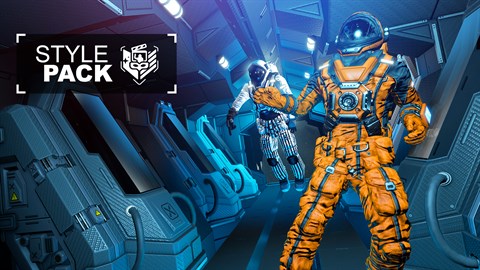 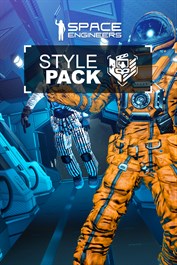 The Space Engineers - Style Pack includes four character skins, four character emotes and four armor skins. The character and armor skins, as well as the emotes included in the Style Pack, do not bring new functionality and game mechanics to Space Engineers; they are purely decorative and provide an extra layer of entertainment for players. Armor skin - Carbon Fibre This sleek armor skin is designed for spaceships and other vehicles operating in high temperatures; its cool factor is also off the charts. Armor skin - Digital Camouflage Some missions require the element of surprise and concealment, making the Camo Armor Skin well-suited for ambushing hostile forces. Armor skin - Wood A more natural aesthetic for your creations; elegant would be an understatement. Armor skin - Moss If you’re looking to age your creations or you’re going for a more organic aesthetic, we’ve got you covered. Character skin - Proper Whether you’re hosting a party for your fellow engineers or you’re about to attack an enemy base, you’ll be dressed perfectly for any occasion in this suit. Character skin - Chef Inspired by the apparel worn by the famous intergalactic TV chef on “Cooking with Clang”, this suit is ideal for barbecuing or preparing meals in the kitchen. Character skin - Retro And old school meets new school look for your engineer. Character emotes: Pointing (6 variants), Angry, Dance, Assist (2 variants) Engineers can use these in-game gestures to express themselves and communicate with other players. Dance party anyone?