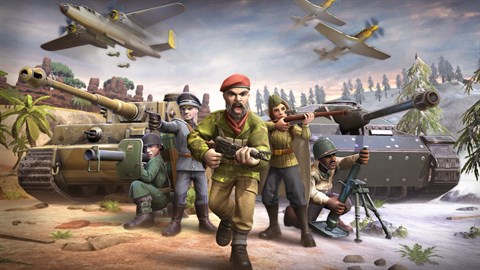 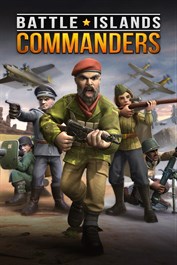 Dominate the battlefield! From the creators of the popular WWII strategy game, Battle Islands, comes an explosive head to head combat game! Take part in major WWII battles in Battle Islands: Commanders, from the sandy dunes of North Africa to the bitter cold of the Eastern Front! Master the art of war against real opponents from around the world and reap the spoils of war. • Lead troops into real-time combat against players from around the world. • Build the ultimate battle deck and destroy the enemy’s defense. • Earn supply crates and unlock new cards to open up new tactics and strategies. • Battle across vast deserts and frozen landscapes. Unlock new battlegrounds as you conquer enemies. • Form an alliance to swap cards and spar with your friends. IT’S TIME FOR BATTLE, SOLDIER!