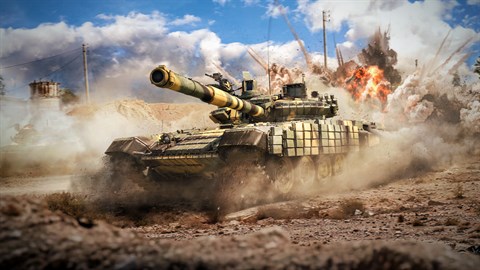 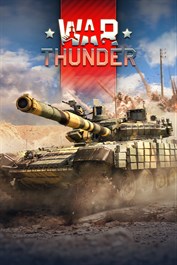 This pack includes: T-72AV (TURMS-T) (Rank 6 USSR); Premium account for 15 days; 2000 Golden Eagles. The T-72 tank was accepted into service in 1973 and subsequently had multiple updates of armor and firepower. The premium T-72AV TURMS-T - is the 2003 export version, equipped with an Italian TURMS-T fire control system and high-resolution thermal vision for both gunner and commander. The armour on the tank was also reinforced with “Kontakt-1” reactive armour, that provided increased protection against HEAT shells and increased crew survivability. The tank is armed with a 125 mm gun with two-point stabilization and a 7.62 mm coaxial machine gun. It is also equipped with a 12.7 mm AA machine gun and a 81 mm caliber smoke grenade launcher with 8 shells in the ammunition - for two 4-shell salvoes. The 780 hp engine allows the tank to achieve a maximum speed of up to 60 km/h. All premium vehicles allow you to earn increased Research Points and Silver Lions for each battle and comes furnished with all available modifications. With a Premium account (also purchasable in the game for Golden Eagles) you will earn more Research Points and Silver Lions during each battle for a set amount of days. This is cumulative with bonuses from premium vehicles!