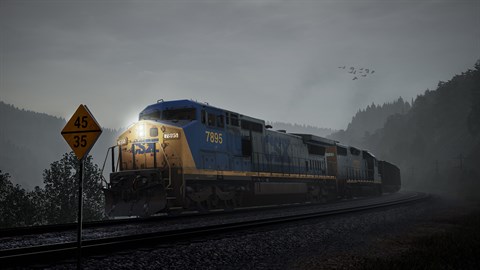 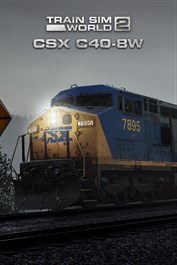 The C40-8W was produced between 1989 and 1994. GE constructed 847 of the 4,000-horsepower, six-axle (C-C) diesels as an evolutionary refinement of their advanced line of diesels that began with the “Dash 7” series. The C40-8W is visually notable for its use of the stylish “North American Cab.” CSX was a major customer for the C40-8W, with 268 of the units acquired in 1991-1993. CSX’s acquisition of a portion of Conrail brought with it an additional C40-8Ws and the CSX roster of the type thus exceeded 300 units. A versatile and powerful main line locomotive, the C40-8W could be found in a variety of services ranging from heavy unit-train duties to hustling priority intermodals and manifests. The CSX C40-8W in YN2 livery is richly detailed and features realistic controls and operating performance, and is authentically suited for duty on Sand Patch Grade.