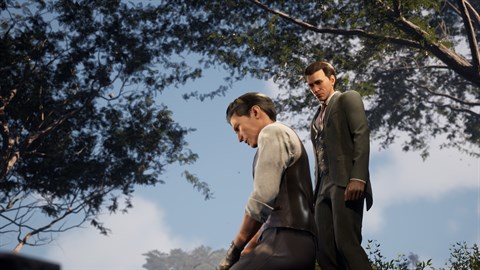 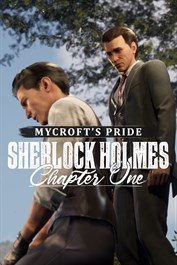 Big brother Mycroft sends you a series of cases linked to homeland security. Make the Empire proud! This DLC includes the following items: A Rat on a Boat The Rugged Informant Gone Girl In For A Penny... Mycroft's Official Attire Black Deluxe Suit Official Jon Outfit The quest line becomes available after the player receives a letter from Mycroft at Sherlock's Manor. The second main quest (A Gilded Cage), and a side quest (Love, Death, and Cordona) must have been completed.