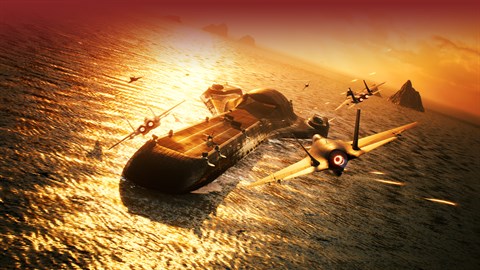 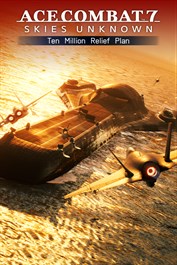 TEEN
For ages 13 and up, Mild Blood, Violence, Language

The 6th add-on included in the season pass for ACE COMBAT™ 7: SKIES UNKNOWN. This add-on allows you to play the new mission "Ten Million Relief Plan." SP MISSION 03: Ten Million Relief Plan In addition to its main guns, the super-submarine Alicorn turned out to have a 600-mm/128 caliber rail cannon with a barrel exceeding 70 meters in length. Additionally, the nuclear shell they obtained from the Erusean Army has a yield of one kiloton. They intend on dropping this mini nuke on the Osean capital of Oured, which would result in well over a million casualties. The analyst David North analyzed the Alicorn's expected course and has come to the conclusion it would arrive at an ocean area known as PX80443, where the waters are shallow due to an undersea mountain range and nearby islands. The LRSSG is to head over with the Osean patrol and observation ships and stop the Alicorn. "Here's a question, Alex. Can we stop Captain Matias Torres?"