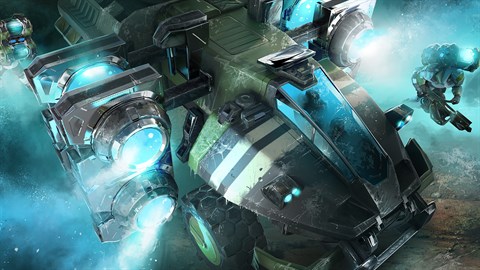 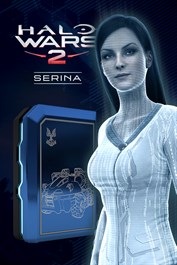 To the crew of the UNSC Spirit of Fire, the smart AI Serina was the heart and the brain and the quick-witted protector of their ship and home away from home. To the Spirit of Fire’s captain, she was also his most trusted friend and advisor. Rules governing the safe operation of AIs meant Serina had to shut herself down while her captain and crew slept on their long journey to the Ark, but what could go wrong with giving her one more chance to fight alongside her crew and perhaps teach a certain newfangled AI to respect her elders? The Serina Leader Pack brings back old-school AI with powers and units including: • New Cryo-based units and abilities to slow or freeze your enemies • Combo attacks to shatter frozen targets with proper timing and execution • Ice Barriers let you divide (and conquer) the battlefield as you wish • The Glacial Storm ultimate ability forces opponents to choose between retreat or a frozen death