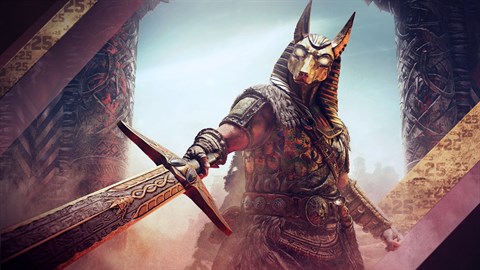 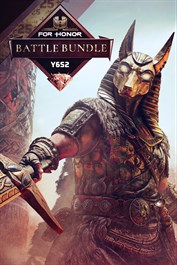 MATURE 17+
Blood and Gore, Intense Violence
Online Interactions Not Rated by the ESRB

What horror has been unleashed on Heathmoor? Discover the secrets of the Scarab Bracelet with the Y6S2 Battle Bundle, which gives you access to 100 tiers of rewards and unlocks the next 25 tiers of progression. This Battle Bundle includes the following rewards for all 30 heroes: - Instantly unlock the next 25 tiers in your current progression. - One execution, weapon set, and podium (per hero). - Two battle outfits and effects (per hero). - Various customization elements. - A 10% bonus in battle points earned through completed matches. - And more! The For Honor® Y6S2 Battle Bundle offer is an extended offer of the Y6S2 Battle Pass. The For Honor Y6S2 Battle Bundle is available until September 13, 2022, and is not eligible for refund. This game leverages Smart Delivery allowing access to both the Xbox One title and the Xbox Series X|S title.