Gears Tactics is the fast-paced, turn-based strategy game from one of the most-acclaimed video game franchises – Gears of War.

From one of gaming’s most acclaimed sagas, Gears 5’s celebrated campaign and refreshed multiplayer are fully optimized for Xbox Series X and Series S. 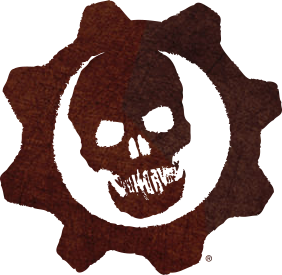 The world of Gears.

Play Gears of War titles and over 100 more high-quality games for one low monthly price with Xbox Game Pass.

Fly your gaming colors and show off your fandom

What's up with Gears of War

What’s Up is your weekly look at all things Gears.

Discuss the world of Gears with your fellow COGs on the official forums.

Outnumbered and fighting for survival, recruit and command your squad to hunt down an evil mastermind who makes monsters.

From one of gaming’s most acclaimed sagas, Gears is bigger than ever, with five thrilling modes and the deepest campaign yet. With all-out war descending, Kait Diaz breaks away to uncover her connection to the enemy and discovers the true danger to Sera – herself.

After narrowly escaping an attack on their village, JD Fenix and his friends, Kait and Del, must rescue the ones they love and discover the source of a monstrous new enemy.

The landmark original Gears of War returns, stunningly remastered and modernized for Xbox One.

Experience the immediate aftermath of Emergence Day – the defining event of the "Gears of War" universe – in this intense and fast paced prequel.

With survivors scattered and civilization in ruins, time is running out for Marcus and his comrades as they fight to save the human race.

Winter approaches. War rages on. Entire cities are sinking, swallowed by a new threat from below. Soon humanity will have nothing left to defend. Only one option remains: an all-out attack on the Locust Horde.

Disgraced war hero Marcus Fenix seeks redemption as he leads his squad against an invasion of nightmarish creatures from below.

Copyright 2018 Xbox Game Studios. All Rights Reserved. ‘Gears 5’ & ‘Gears of War 5’ are registered trademarks of the Microsoft group of companies

Gears of War is a trademark of Microsoft Corporation.

Features and requirements subject to change.

Features may vary between Xbox and Windows 10 PC. One game disc for use only with Xbox systems. Xbox Live Gold membership (sold separately) required for online multiplayer on Xbox. Cross-device play only in Xbox supported countries/regions, see xbox.com/regions.