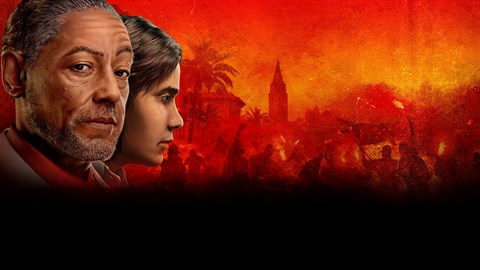 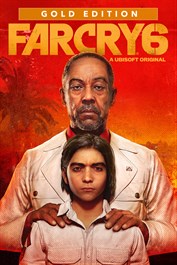 The season pass includes 3 DLCs and Far Cry® 3 Blood Dragon Classic Edition. Play as villains Vaas, Pagan Min, and Joseph Seed as you delve into their psyches. Welcome to Yara, a tropical paradise frozen in time. As the dictator of Yara, Antón Castillo is intent on restoring his nation to its former glory by any means necessary, with his son, Diego, following in his bloody footsteps. Their oppressive rule has ignited a revolution. - Play as Dani Rojas, a local Yaran, as you fight alongside a modern-day guerrilla revolution to liberate Yara. Play the full game solo or with a friend in co-op. - Explore jungles, beaches, and cities on foot, horseback, or in a wide variety of vehicles including boats and Jet Skis as you fight against Castillo’s regime in the most expansive Far Cry to date. - Feel the thrill of combat with an arsenal of hundreds of weapons alongside helpful amigos like Chorizo the dog and Guapo the gator. - Enjoy all-new content and features added since launch, including 4 new special operations, free blockbuster crossover missions, and fan-requested updates such as New Game Plus, Completionist Aid, an extra-hard difficulty mode, and 4 new loadout slots. This game leverages Smart Delivery allowing access to both the Xbox One title and the Xbox Series X|S title.