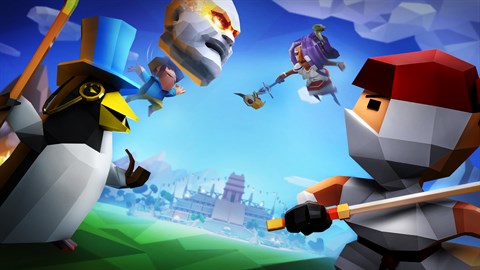 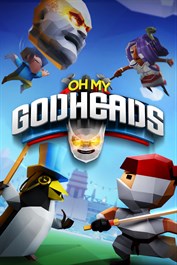 A frenetic multiplayer fracas in which 4 players swing pointy swords, sling explosive pies & celebrate victory with exuberant aplomb. Choose from a wide variety of characters and bring the Godhead back to your base – before it unleashes its wrath upon you. FEATURES: 10 Godheads, each with its own game-changing ability to end its bearer’s life - including explosions, mind control & the ability to freeze foes Local multiplayer mayhem for up to 4 live & CPU players 10 game-changing locations 9 curious characters are realised in beautiful low-poly stylings Capture the Head sees 2 teams scramble to secure the Godhead & bring it to the goal King of the Head removes the goals & teams, & grants victory to whomever holds the head longest; while Headhunters sees the player with the most kills reign supreme & Last Man Standing grants victory to the last player alive Trials of the Gods pose a series of short solo challenges set forth by the gods