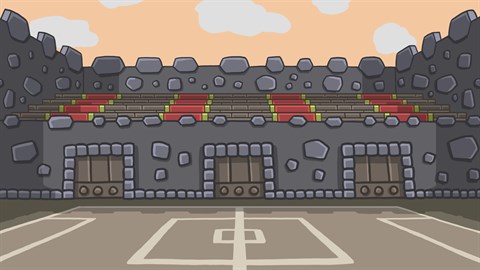 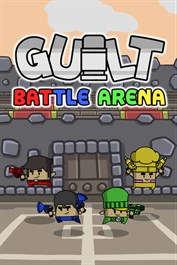 Can you make a difference with only one bullet? Guilt Battle Arena is a frantic, local multiplayer party game for 1 to 4 players. Make room on your couch for friends, pick an insanely cute character, and turn the competition up to 11! Engage your friends and family or compete against AI foes in frantic couch combat battles. Don’t forget to pick-up your bullet after firing your gun if you want to win! Features: * Enjoy the playful style with 7 Games Modes: Play hot potato with a bomb or capture the flag with canons. Will you dodge the rain of invincible chickens? * Spice things up with 6 stackable gameplay modifiers: want to tryout jetpacks and then turn everyone invisible? Go for it! * Now with bots. You are so good that nobody wants to play with you? Let see if you are good enough to defeat these maniacal bots! * Select a character from 63 wacky costumes! * Bring peace back to the galaxy by defeating the Dreadful Judge’s endless hordes of minions!