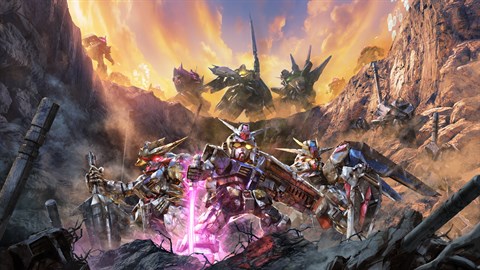 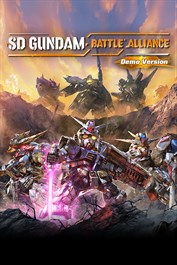 This is a demo version of SD GUNDAM BATTLE ALLIANCE, playable until DIRECTORY 1, Mission Tekkadan (End). Save data can be transferred to the full game! In SD Gundam Battle Alliance, Mobile Suits and characters from across Mobile Suit Gundam history take center stage in this all-new action RPG. A Battle Alliance to Correct a False World The story takes place in G:Universe, a world where Gundam canon twists and turns in ways no one can predict. To correct this world's distorted history, the player leads a 3-unit squadron consisting of Mobile Suits and pilots from across Gundam history – a true Battle Alliance. What lies behind the mysterious Break phenomenon? Witness the Next Level of SD Gundam Battles! Unleash visually stunning combos and experience an incredible action RPG with your favorite Gundam characters. Indulge in a wide array of Mobile Suit weaponry to crush an onslaught of foes! Distortion of Reality: Will You Restore Order? Strange phenomena known as Breaks are twisting legendary moments from Gundam history, and you must restore order to them. Experience Gundam history's most famous scenes as you develop new Mobile Suits to add to your arsenal. Gather Capital and expansion parts to transform your favorite Mobile Suits into their ultimate forms. Tackle Missions with Friends in Online Multiplayer Mode! In Multiplayer Mode, you can play through the game with up to two other players in a 3-person team. Launch into battle solo or with your friends! ※Some contents are limited in carrying over to the full game. ※Some functions are limited in the demo version. ※The content and BGM of the demo have been edited and differ from the full game. ※Multiplayer is available between the demo versions. It is not available between the demo version and the full game.