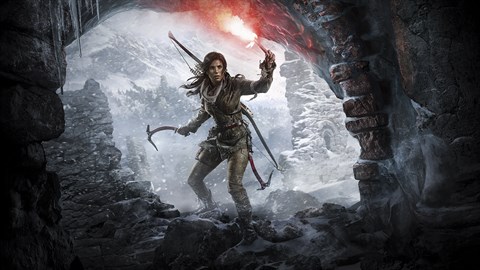 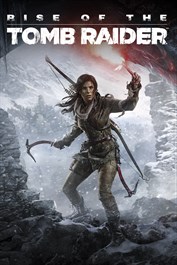 Rise of the Tomb Raider

Is your PC Rise of the Tomb Raider ready? Click ‘More’ to find out! Join Lara Croft on her first tomb raiding expedition. After uncovering an ancient mystery, Lara must explore the most treacherous and remote regions of Siberia to find the secret of immortality before a ruthless organization known as Trinity. Lara must use her wits and survival skills, form new alliances, and ultimately embrace her destiny as the Tomb Raider. Experience high-octane action moments, conquer beautifully hostile environments, engage in brutal guerilla combat, and explore awe-inspiring deadly tombs in the evolution of survival action. In “Rise of the Tomb Raider,” Lara becomes more than a survivor as she embarks on her first Tomb Raiding expedition. Features: • Lara’s Journey - Lara uncovers an ancient mystery that places her in the cross-hairs of a ruthless organization known as Trinity. As she races to find the secret before Trinity, the trail leads to a myth about the Lost City of Kitezh. Lara knows she must reach the Lost City and its hidden secrets before Trinity. With that, she sets out for Siberia on her first Tomb Raiding expedition. • Woman vs. Wild - In “Rise of the Tomb Raider,” Lara battles with not only enemies from around the world, but the world itself. Hunt animals to craft weapons and scavenge for rare resources in densely populated ecosystems. You’ll encounter beautifully hostile environments, full of treacherous conditions and unstable landscapes that will require Lara to push her limits to the very edge. • Guerilla Combat - Use the environment to your advantage, scale trees and dive underwater to avoid or takedown enemies, configure Lara’s gear, weapons, and ammo to suit your play style from stealth to guns blazing, craft explosives on the fly to sow chaos, and wield Lara’s signature combat bows and climbing axe. • Return to Tomb Raiding - Tombs are back, and they’re bigger and better than ever. In “Rise of the Tomb Raider” you’ll explore huge, awe-inspiring ancient spaces littered with deadly traps, solve dramatic environmental puzzles, and decipher ancient texts to reveal crypts as you take on a world filled with secrets to discover. Featuring epic, high-octane action moments set in the most beautiful hostile environments on earth, Rise of the Tomb Raider delivers a cinematic survival action adventure where you will join Lara Croft on her first tomb raiding expedition as she seeks to discover the secret of immortality. Only the Windows Store version of Rise of the Tomb Raider includes rich Xbox Live features like Achievements, Game DVR, Leaderboards, and more. Learn more at www.xbox.com/en-US/games/rise-of-the-tomb-raider Add-on packs and content are available individually or sold as a season pass. These items are sold as an in-app-purchase (IAP). MINIMUM PC SPECIFICATIONS: Rise of the Tomb Raider has been optimized for Windows 10, but to ensure performance, the following minimum PC specifications are needed: • Processor: Intel Core i3-2100 or AMD Phenom II X4 945 • Graphics card: NVIDIA GTX 650 2GB or AMD HD7770 2GB • RAM: 6 (SIX) GB • Hard Disk Space: 35 GB (base game) • Requires DX11 • Supported peripherals: Windows-compatible keyboard, mouse, Xbox One gamepad RECOMMENDED PC SPECIFICATIONS: • Processor: Intel Core i7-3770, 3.40GHz or AMD FX-8350, 4.0Ghz • Graphics card: NVIDIA GeForce GTX 970 or AMD Radeon R9 290x • RAM: 8 (Eight) GB • Hard Disk Space: 35 GB (base game) • Requires DX11 SUPPORTED OS: Windows 10 (64-bit version only) with Windows 10 November update installed (Windows 10 Version 1511). Learn how to check if what version of Windows 10 your PC is running and how to update to Windows 10 Version 1511 at http://windows.microsoft.com/en-us/windows-10/windows-update-faq KNOWN ISSUES: • Windows 10 download progress bar does not accurately display progress. • Due to a UI issue download progress may not be accurately displayed (despite downloading without issue). • When pausing and resuming the download, it may appear that the download has reset (appears to start from 0). However, actual download progress has not been affected.