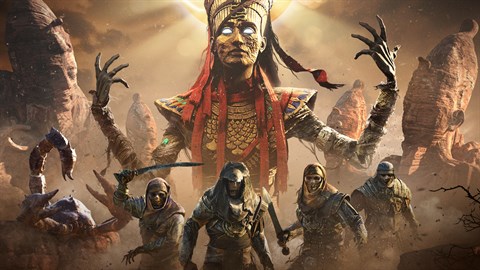 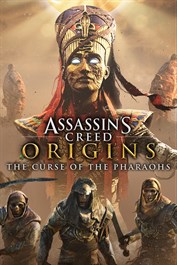 Assassin's Creed® Origins – The Curse Of the Pharaohs

Embark on a brand-new quest to the city of Thebes! The Assassin's Creed® Origins journey continues as Bayek learns of a curse raising undead pharaohs who ravage the city. Investigate the cause and defeat mythical beasts to put these pharaohs to rest. Fight undead pharaohs and mystical beasts from Egyptian mythology while uncovering the cause of a horrific curse. Explore four brand-new regions: The Valley of the Kings, City of Thebes, Aswan, and Kharga Oasis. Enhance your gear set by wielding new legendary weapons with unique attributes. Make Bayek even deadlier with a higher-level cap and new abilities.