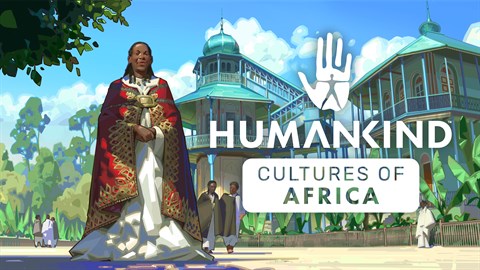 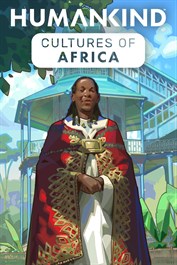 Expand your HUMANKIND™ experience with the Cultures of Africa DLC! Features 6 new cultures spanning all eras, new natural and built wonders, 7 new independent people, and 15 new narrative events. SIX NEW CULTURES Era 1 – Bantu (Expansionist) The first Bantu speaking peoples began their migration across Central Africa 6,000 years ago, creating many population centers. This phenomenon, referred to as the Bantu Expansion, made their language family one of the most spoken on the continent. Era 2 – Garamantes (Agrarian) Between the 17th and 14th centuries BCE, a major ecological mutation changed the environment of the Sahara. True farmers of the desert, the Garamantes fully adapted to this hostile environment thanks to their mastery of underground waters, ensuring a thriving culture between the 4th century BCE and the 3rd century. Era 3 – Swahili (Merchant) Scattered all along the East African coastline, the Swahili settlements were deeply connected to the trade routes running across the Indian Ocean. These lasting contacts with the world made their cities and culture flourish between the 10th and 15th centuries. Era 4 – Maasai (Agrarian) Between the 16th and 17th centuries, the Maasai established themselves as one of the main groups among the pastoral societies that dominated the land between the Great Lakes, the Great Rift and the coasts adjoining the Indian Ocean. This is where they led their herds on the vast plains of present-day Kenya and Tanzania. Era 5 – Ethiopians (Militarist) From the 19th century onwards, Ethiopia benefited from the reigns of great rulers which allowed a significant territorial expansion. The increase in its military capacities were the basis of the Empire's resounding military successes which guaranteed its independence. Era 6 – Nigerians (Agrarian) Nigeria has the peculiarity of bringing together in the same State an immense diversity of peoples and cultures. Since its independence it has been Africa's largest oil producer, but also one of the biggest agricultural producers, thanks to its diverse and fertile lands. 5 NEW WONDERS -Mount Kilimanjaro -Victoria Falls -Zuma Rock -Lake Natron -Great Mosque of Djenné PLUS 7 INDEPENDENT PEOPLE & 15 NEW NARRATIVE EVENTS