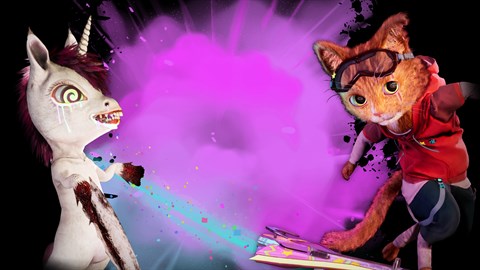 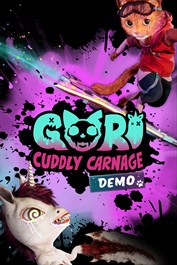 DESTROY UNICORNS Want to slice creepy toys? Want to dice mutated unicorns? Want to play as a murder-kitty on a death-dealing hoverboard? Great news! Gori: Cuddly Carnage is the game you’ve been waiting for! ADORABLE ARMY-CREATURES TO MAIM The cutest horrors you have ever seen... and you get to kill them all horribly… with a hoverboard! INTENSE HOVERBOARD COMBAT Feel and look awesome as you wipe out hordes of cuddly and horrible toys in gory, gruesome hoverboard combat. A WORLD OF EXTREME TOYS Enter a world of extreme toys and adorale corruption with heaps of blood, dismemberment, toys, glitter, fur and adorable cuteness! Toys from your wildest imagination are made real as the toy industry’s last hope to not die. OUR HEROES Come meet the team. First up, there’s your sentient, razor-sharp hoverboard, F.R.A.N.K. Then there’s CH1-P, a modular AI that will constantly complain as you wipe out hordes of corrupted cuddly toys. And then there’s the star of the show – Gori – the most adorable and badass cat in the world. DESTROY THE ADORABLE ARMY This cuddly crew gets unwillingly dragged into a battle that wiped out all humans and laid waste to everything on earth that wasn’t cute and cuddly enough for The Adorable Army - a horde of mutated and blood-thirsty toys that only YOU can destroy! Follow Gori, F.R.A.N.K., and CH1-P, on their journey to save their own lives and stop the carnage of the Adorable Army and its dark leaders.