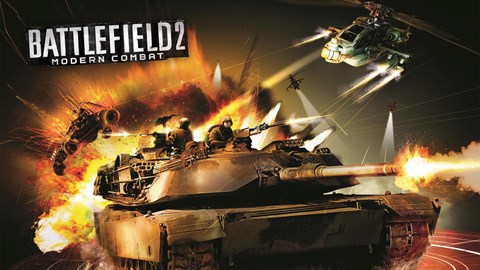 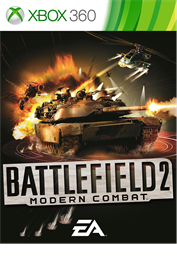 (Online Interactions Not Rated by the ESRB) The multiplayer functionality of this title is no longer available. You will only have access to the single player aspects of the game after downloadDownload the manual for this game by locating the game on http://marketplace.xbox.com and selecting “See Game Manual". Battlefield 2: Modern Combat explodes onto Xbox 360, bringing the field of battle to life like never before. Bullets whiz by and score the environments around you, spent minigun shells rain down from hovering helicopters, and explosions shatter your field of vision. Delivering the over-the-top action of the award-winning Battlefield™ franchise, Battlefield 2: Modern Combat lets you wage modern war your way.Battlefield 2: Modern Combat delivers the Battlefield franchise’s trademark multiplayer action on Xbox Live, delivering ferocious 24 player online battles. Fighting for one of 4 sides – the US, the European Union, the Chinese, or the newly formed Middle East Coalition – and armed with the latest modern weaponry, you are given full control over the 30+ vehicles in the game.Battlefield 2: Modern Combat also features an adrenaline-soaked single player campaign where you see both sides of a conflict in one of the most treacherous regions in the world – Kazakhstan. There are no refunds for this item. For more information, see www.xbox.com/live/accounts.