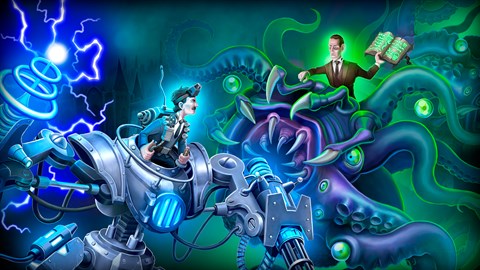 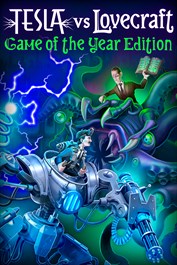 Tesla vs Lovecraft Game of the Year Edition

Tesla vs Lovecraft Game of the Year Edition takes advantage of the blazing fast next generation hardware to deliver even smoother gameplay, and includes For Science! expansion! On the eve of Nikola Tesla's greatest invention, his laboratory is burned down by the inhuman minions of the horror author H.P. Lovecraft. A showdown of epic proportions begins! Chase the monsters, annihilate massive amounts of eldritch abominations, and overcome the madness of the old gods with science and hi-tech weaponry! For Science! is an expansion to Tesla vs Lovecraft which further elevates Tesla's technical innovations. The Dreamlands Enjoy the infinite planes of the Dreamlands, ever increasing in difficulty and rewards. Eldritch Signs Completing a level with 100% health left will grant you an Eldritch Sign, as well as hefty crystal reward. EPIC WEAPONS An all-new form of EPIC, weapons. There's now an epic version of every weapon available. They are as crazy as they are rare.