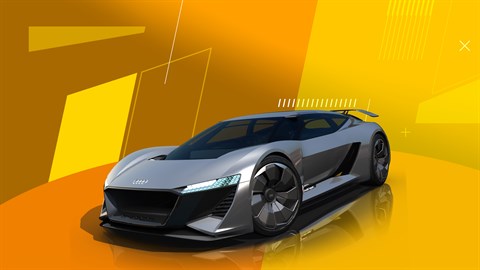 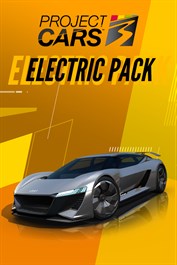 The future is electric and it’s in the Project CARS 3: Electric Pack. Get to grips with 4 of the world’s fastest electric vehicles that include the 2020 Porsche Taycan Turbo S and its warp-drive 1.3Gs of acceleration, the 2020 Volkswagen ID.R that humbled Pikes Peak, the 2020 Audi AI:RACE concept with its “monoposto” vision of the future, and the refined power of the NIO EP9 super sportscar. Own the future today along with dozens of customization options. Contents: - 2020 Porsche Taycan Turbo S “Soul, electrified” is Porsche’s tagline for their first EV sportscar that takes everything you know and love about Porsche to the EV space. Precision-handling- as fast around the ’Ring as a Porsche Cayman GT4 - allied to 750hp and 0-100kmh in 2.5s with a brain-warping 1.3Gs under full acceleration. Throw in the world’s first “multispeed” transmission in an EV car and all the pedigree that Porsche has gained from racing for 70 years and this is the future - today. - 2020 Volkswagen ID.R The Volkswagen ID.R has been destroying track records around the world. Pikes Peak? Humbled. The 'Ring? Conquered. Goodwood? Outright record. Then VW made it even faster with this evolution, the 2020 Volkswagen ID.R that blistered everything anyone thought possible at the Bilster Berg. Developed as an uncompromising and lightweight prototype with immense downforce, this represents the first fully electric racecar for the VW brand. Average Gs for its record-run at the ’Ring was 3.5, while power comes from two electric engines pushing 680hp - in a car that weighs just above 1,000KGs. - 2020 Audi AI:RACE Audi’s design and technical all-electric concept car is called the Audi AI:RACE and it’s their vision of what tomorrow’s sportscar could offer. In a word: speed. Innovation starts with the cockpit where the driver’s seat can be positioned in the center to make it into a traditional “monoposto”. The battery is positioned to give it a mid-“engine” feel, while aluminium, carbon, and multi-material composites bring the weight down to less than 1,550KGs ensuring handling and balance. Add 3 electric engines (1 upfront and 2 powering the rear wheels) for 765hp in boost mode or, in actual performance, 0-100kmh in a blink over 2s. LMP1-like prototype performance. - 2019 NIO EP9 The NIO EP9 is a two-seater super sportscar that brings all of NIO’s Formula E pedigree onto the road & track. It holds world records for production cars on many tracks around the world including a stonking 6:45.90 around the ’Ring. That’s what comes from 335hp on each wheel, 4WD (and individual-wheel drive for handling performance), advanced torque vectoring, and full carbon fiber chassis based on LMP regs. With a total weight of just 1,735KGs, this EV monster will get to 100kmh in 2.7s and 300kmh in 15s all the way to a top-end speed of 350kmh. Neck-snapping power and racing-levels of grip. • Latest Season 7 Formula E liveries • 12 Liveries • 20 Decals • 5 Patterns • 5 Rims • 10 Tires • 10 License Plates • 5 Race Numbers • 1 New Female Character • 1 Free track: Zandvoort (with 3 layouts)