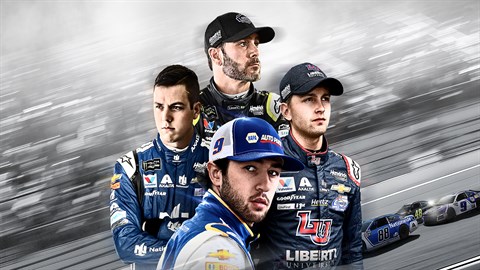 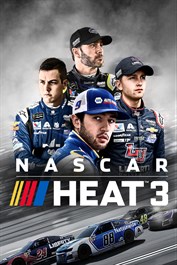 Modified Trial. NASCAR Heat 3, the only authentic NASCAR racing game, is bigger and better than ever. • Xtreme Dirt Tour - In addition to the 3 NASCAR National Series (NASCAR Camping World Truck Series, NASCAR XFINITY Series, and Monster Energy NASCAR Cup Series), sling mud in an all-new dirt racing circuit. • Online Tournaments - Compete online in daily and weekly tournaments. Lay down a great race time and qualify for the Finals! • 8 New Tracks - Experience 8 all-new dirt tracks, including dirt racing at Bristol Motor Speedway and our first-ever dirt road course. • Deeper Career Mode – Start your own team or sign with some of the biggest racing teams in NASCAR! • Stories – Before the green flag waves, watch as a driver gets sent to the back for a violation and get updates on who is (or isn’t) having a good weekend. • Gameplay Improvements – A new racing line gives real-time feedback on the optimal line and speeds. Dial in your unique driving style with 9 predefined car setups. • Plus, so much more… *As of April 30, 2021, the Online Multiplayer servers will no longer be available. All Offline features will continue to be accessible, including Local Split Screen Multiplayer for head-to-head racing.