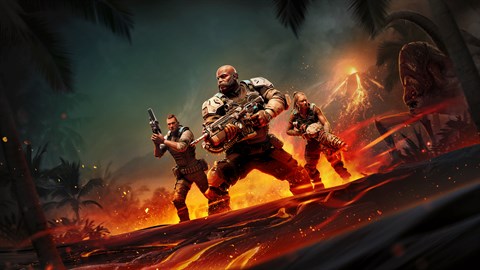 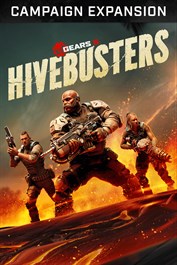 Return to Gears 5 with the new Hivebusters campaign expansion. Play as Lahni, Keegan and Mac – the heroes of Gears 5’s Escape mode – on their first operation as part of the secretive Hivebuster program. Thrown together and dubbed “Scorpio Squad,” their suicide mission to destroy a Swarm hive may hold the key to saving Sera and their own redemption. • Enjoy a new, 3-hour campaign set on the volcanic Galangi islands. The island lava flows and sandy beaches are crawling with Swarm and a deadly new predator. • Use and upgrade Ultimate Abilities in a campaign story setting for the first time. • Up to 3-player co-op, split-screen or online. • 16 new achievements to unlock for 210 Gamerscore. *Some modes and online multiplayer require Xbox Live Gold on console, membership sold separately. www.gears5.com