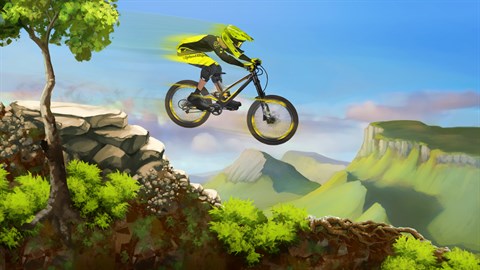 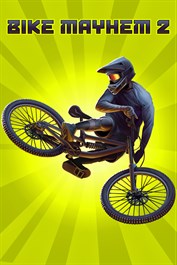 BIKE MAYHEM 2 Smash down trails, launch huge jumps, pull off insane tricks, win tons of gear, build amazing trails and challenge your friends to be the King of the Mountain! Bike Mayhem 2, the sequel to its’ hugely successful predecessor that was downloaded over 9 million times! MULTIPLAYER AND SINGLE PLAYER COMPETITIONS Compete in multiplayer and single player Downhill races and Slopestyle trick events on 34 different mountains and over 180 trails inspired by real world locations including the Whistler Bike Park and Coast Gravity Park. UNLOCK TONS OF GEAR FOR CUSTOMIZATION Unlock over 130 items of authentically branded gear to add style your rider and for performance customization of your bike for speed, acceleration, strength, energy and tricks for each trail. BUILD AND SHARE YOUR OWN TRAILS Easily build and share your own trails using the powerful in-game “Builder” tool set and download and compete on community created mountains. COMPETE IN MULTIPLAYER CHALLENGES Challenge your friends and the community to online ranked multiplayer Downhill races and Slopestyle scored events. Ride against the opponent’s ghost and share your races with your friends using Xbox One’s Game DVR. Challenge them to beat your times! LEADERBOARDS AND RANKING Powerful worldwide leaderboards with global ranking and customized filtering including the user created “Builder” mountains. SOUNDTRACK Kickin’ soundtrack by Vancouver local band, The Jolts. REFINED PHYSICS Experience realistic physics and plush bike suspension as your bike eats up the rough stuff and softens the landings of big jumps and drops. High speeds and big jumps means huge crashes where your rider will ragdoll tumble down the trail. FEATURES: · 180+ Beautiful mountain trails for all styles of riding · 130+ Authentic Gear items for your rider and bikes · Frame and wheel performance upgrades · Multiplayer races and trick challenges · Build and share your own trails · Download the communities created mountains · Epic bike crashes with fun rag doll physics and active bike suspension · 16 different tricks, bunny hops, wheelies and flips to be combined for massive scores! · Addictive gameplay · Powerful online leaderboards GAMEPLAY TIPS: · If you use check points, you will get a maximum of one star. Stay on your bike to achieve 3 stars! · Lean to add flips into your trick combo. · Wheelie into and out of a jump to add to your trick combo. · Hold down the pump button when entering a downhill section to get a boost in speed. · The timer doesn't start until you start to pedal the bike or brake! · Boosters recharge daily · Make sure you pick the right frame and wheel combination to get the best score for each trail. · Use boosters to help you through a difficult trail.