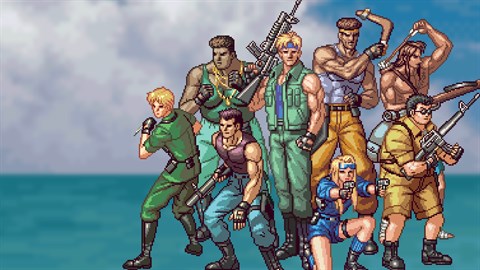 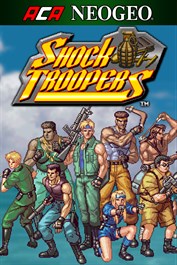 SHOCK TROOPERS is an action game released by SNK in 1997. Players take part in a rescue operation for Dr. George and his granddaughter who have been kidnapped by the evil organization Bloody Scorpion. The game features the ability for players to choose which route to progress, adding even more replayablity to the title. The "ACA NEOGEO" series has faithfully reproduced many classic NEOGEO masterpieces. Players can change various game settings such as game difficulty, and also reproduce the atmosphere of arcade display settings at that time. Players can also compete against each other from all over the world with their high scores. Please enjoy the masterpiece that built a generation for video games.