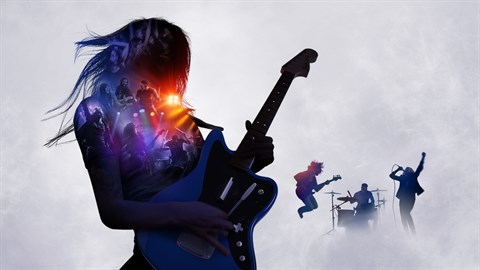 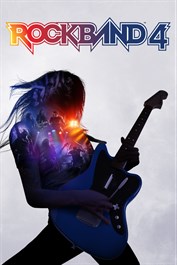 Rock Band 4 requires the use of music gaming controllers or a USB microphone. This offer does NOT include music controllers, it is for the game only. You CAN use most USB microphones to play Rock Band 4. If you have Xbox 360 wireless music gaming controllers then you MUST purchase the “Rock Band 4 – Legacy Game Controller Adapter for Xbox One” (sold separately, while supplies last) in order to use them with this download. If you do NOT have Xbox 360 wireless music gaming controllers, you should purchase the rock Band 4 guitar bundle or the Rock Band 4 Band in a box. Most USB mic microphones are supported without the need for an adapter. Rock Band 4 delivers the ecstatic rush of a live band performance like never before. The most recent offering from acclaimed music game developer, Harmonix Music Systems, Rock Band 4 allows you to add your personal touch to every performance through innovative features that reward player expression, whether you are playing by yourself or with your band. With Rock Band 4, players get access to the incredibly deep music library, featuring over 1500 great songs. Additionally, Rock Band 4 supports most songs you have purchased for previous Rock Band titles. All this, combined with a cutting edge visual presentation and a soundtrack featuring some of rock’s biggest acts, makes Rock Band 4 the defining music gaming platform for this generation.