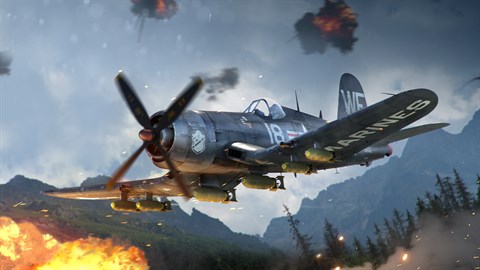 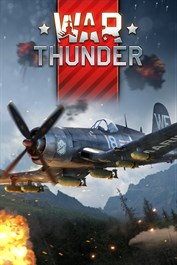 This pack includes: Xbox One exclusive F4U-4B Corsair (Rank 4 USA); Premium account for 15 days; 1000 Golden Eagles; The F4U-4b was developed during WWII based on the combat experience of the previous versions of this carrier-based fighter aircraft. Modernisation led to a significant boost in speed and max altitude, as well as improved attack capabilities. The F4U-4b - autocannon-armed variant, received the new R-2800-18W engine and huge four-bladed propellers. A new weapon carriage system allowed the Corsair to easily transform into a highly effective ground striker, and the modifications also allowed it to take on the role as a fast fighter-bomber. The F4U-4b was intensively used during the war in the Pacific, including the battle for Okinawa, the Tokyo raids, and in the Korean war as well. All premium vehicles allow you to earn increased Research Points and Silver Lions for each battle and comes furnished with all available modifications. With a Premium account (also purchasable in the game for Golden Eagles) you will earn more Research Points and Silver Lions during each battle for a set amount of days. This is cumulative with bonuses from premium vehicles!