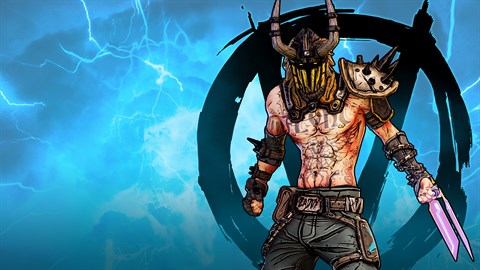 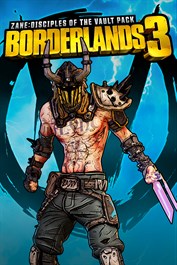 The Multiverse Disciples of the Vault Zane Cosmetic Pack imagines what Zane the Operator would've looked like if he became a bandit and joined the Children of the Vault! In an effort to evade powerful enemies that may have followed him to the Borderlands, Zane infiltrates the COV, hoping to lose himself in their nameless ranks. However, he can only live among the bandits for so long before becoming one. The blood of a Flynt still runs in his veins, and Zane picks up the mantle as his brothers before him to become the bandit clan leader known as "Bane Flynt." The Multiverse Disciples of the Vault Zane Cosmetic Pack is included in Season Pass 2 and features the following content, for use in Borderlands 3: • Zane's Bane Flynt Vault Hunter Head • Zane's Bane Flynt Vault Hunter Body