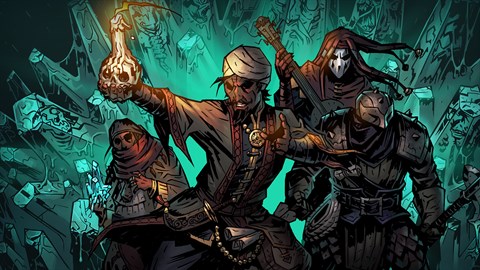 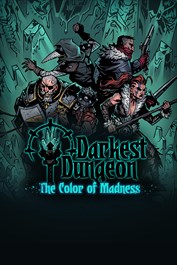 The Color of Madness

The Color of Madness DLC opens the Farmstead region which has become the site of a fallen comet! What madness awaits those who venture forward to find the out fate of The Miller and his farmhands? Battle your way towards the crash site and venture between time and space to find what lies at the epicenter of this new creeping crystalline aberration! Some hateful shard of alien origin has streaked through the night sky, crashing into the old Miller’s farm on the outskirts of the Hamlet! Those unfortunate enough to witness the Comet’s arrival have been blinded by what they can only describe as a shifting, ephemeral hue of damnably abrasive intensity. There has been no word from the farm in a fortnight, save for the unearthly groaning that echoes from the ruin of the mill… “When men shake hands with time, time crushes them like tumblers; little pieces of glass.” ― Abu al-Ala al-Ma'arri Features * New region: The Farmstead! * Endless Quest: Survive as long as you can while getting lost in time and space, confronted by unending waves of enemies new and old, pushing ever closer to the crash site of the Comet. * Twisted new trinkets, available for purchase from the Jeweler. Put your gold away—he trades only in Comet Shards! "* All-New Enemy Faction: The Miller and his loyal workmen have become eerie husks of their former selves. " * 3 new bosses - The Miller, The Thing From the Stars, and the Comet itself! * New Curios help keep your party in fighting shape as you face the endless hordes! * Expand your Hamlet with 4 new District buildings and reap their benefits. * New Quirks, with unique and powerful effects! * Our biggest soundtrack addition yet from Stuart Chatwood