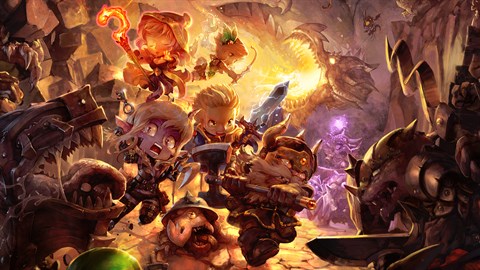 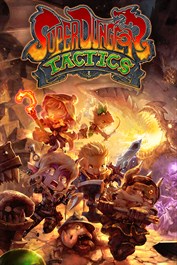 Super Dungeon Tactics is a classic turn-based game featuring exciting, new gameplay mechanics. Along with traditional RPG characters making you feel right at home, the dynamic gameplay will keep you on your toes. Call upon 15 heroes, each with unique abilities, to combat the Dark Consul’s forces throughout the magical land of Crystalia. Explore ever-changing dungeons and battle diverse hordes of monsters during your adventures. React to the tides of battle with randomly rolled ability dice; boost core stats or unlock potent abilities, it’s up to you — and a little luck — to use them to their fullest potential. Choose wisely and craft the ultimate band of heroes to complete each adventure. Key Features : ● Balance of strategy and chance - In Super Dungeon Tactics, chance may influence short term decisions but never gets in the way of your overall strategy. ● Round Boosts - Every round, unique dice enhance character stats and provide access to special abilities making every round a new challenge. ● Loot-based Leveling - With progression tied to loot, no heroes are left behind. Swap equipment around and bring heroes anywhere without worry of underleveling. ● Player-controlled initiative order - Choose which hero activates on an initiative turn to maximize each hero's potential. ● Aggro management system - Influence who the enemy attacks. Passive abilities, consumables, healing, and killing all affect Aggro. ● Persistent Multi-part quests - Quests take heroes on journeys across multiple locations. Divide and conquer by splitting the party to accomplish objectives in different areas.