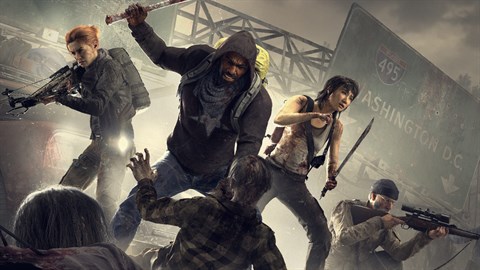 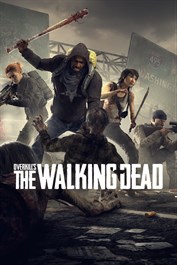 OVERKILL’s The Walking Dead is a four player co-op action FPS where you fight the dead as well as the living in a post-apocalyptic Washington D.C. Four players form a tightly knit team; Aidan, Heather, Maya and Grant, where each character has their own skill tree, squad role, play style and background story. Now they all share a common objective where survival and teamwork is paramount. The action is close-up and intense: take out enemies carefully with a silent melee attack or go in with guns blazing. So watch your step as a horde of walkers always might be right around the corner. OVERKILL’S The Walking Dead offers the player a universe where your every single move will run the risk of turning a quiet scavenge for loot into an intense adrenaline-fueled and action-packed fight for survival. Strategy and skill are just as important to endure the harsh environment as a team. Washington D.C is a desolate yet hostile city where the living and the dead struggle to co-exist.