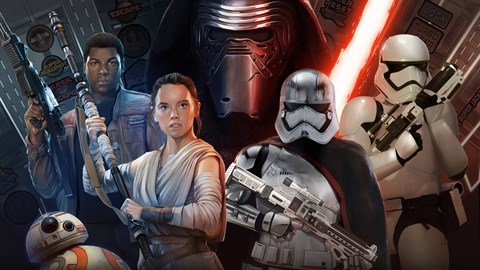 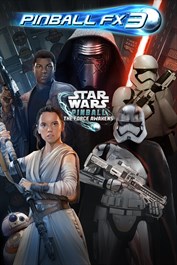 Based on events from the hotly anticipated Star Warsᵀᴹ: The Force Awakensᵀᴹ movie, players will be able to experience unforgettable moments from the film on two action-packed pinball tables. Team up with the Resistance to fight against the First Order alongside Rey, Finn, Poe, Princess Leia and Han Solo in the Star Wars™ Pinball: The Force Awakens™ Table! Take command of the First Order as you travel through hyperspace on board a Star Destroyer and restore order to a galaxy far, far away on the Star Wars™ Pinball: Might of the First Order table!