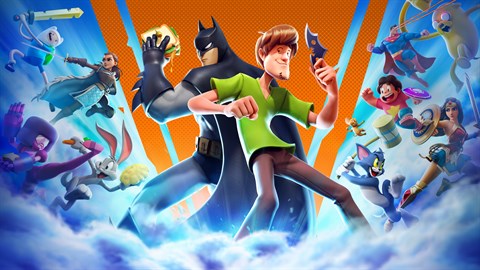 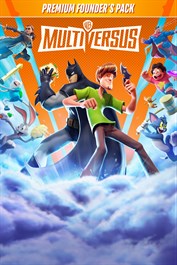 Grab a MultiVersus Founder's Pack for a batch of Character Tickets used for character unlocks, exclusive items, and more! Save your Gold/Gleamium, and use your Character Tickets to instantly unlock any available character of your choosing! With new characters continuously added to the game, feel free to hang onto your tickets to unlock your favorites down the line. With over 32,000 Gleamium worth of content, you won't want to miss out! Founder's Pack - Premium Edition Includes: - 30 Character Tickets* - 1 Banner (Rare) - 3 Premium Battle Passes** - 1 Banner (Epic) - 1 Ring Out Effect (Epic) - 1 Banner (Legendary) - 1 Ring Out Effect (Legendary) - 1 Unique Nameplate - 2,500 Gleamium *Players will be granted 30 Character Unlock Tickets, which can be used to instantly unlock individual characters as they become available, at the player’s discretion. Additional characters will be added to the game on an ongoing basis. **Players will be granted to ability to instantly unlock the premium track of the Battle Pass at the player’s discretion. Only one Battle Pass is available at any given time, with a new Battle Pass available with each Season of content.