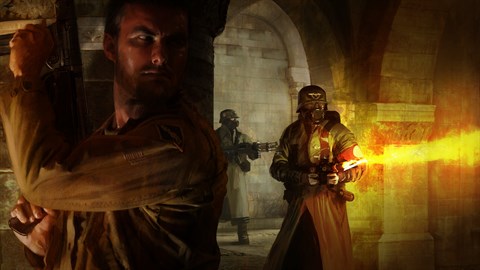 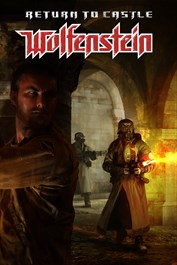 Originally released in 2001, Return to Castle Wolfenstein is an action/horror first-person shooter, and reboot of the Wolfenstein series. Powered by the Quake III Arena engine, it features a single-player campaign and team-based online multiplayer. Story World War II rages and nations fall. Himmler’s German SS Paranormal Division has Hitler's full backing to twist science and the occult into an army capable of annihilating the Allies once and for all. As US Army Ranger William “B.J.” Blazkowicz, you're on a solo mission to pierce the black heart of the Third Reich and stop Himmler...or die trying. Features - Experience a blend of action and horror in the single-player campaign. - Wield a combination of classic WW2 and fictional, sci-fi-inspired weapons. - Fight against Nazis, the undead, and experimental mutant soldiers. - Compete as Axis or Allies online, objective-focused and team-based multiplayer.