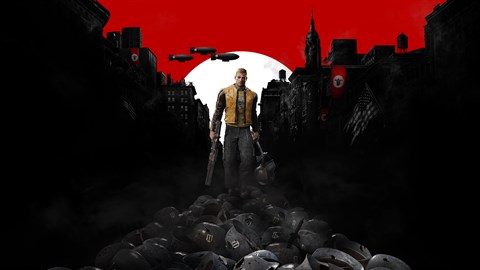 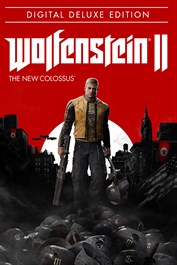 America, 1961. The assassination of Nazi General Deathshead was a short-lived victory. The Nazis maintain their stranglehold on the world. You are BJ Blazkowicz, aka “Terror-Billy,” member of the Resistance, scourge of the Nazi empire, and humanity’s last hope for liberty. Only you have the guns and gumption to return stateside, kill every Nazi in sight, and spark the second American Revolution. The Freedom Chronicles include three DLC packs plus Episode 0: • The Adventures of Gunslinger Joe – As former professional quarterback Joseph Stallion, smash through Nazi hordes from the ruins of Chicago to the vastness of space! • The Diaries of Agent Silent Death – As ex-OSS agent and assassin Jessica Valiant, infiltrate hidden Nazi bunkers in California and discover the secrets of Operation San Andreas! • The Amazing Deeds of Captain Wilkins – As the US Army’s renowned hero Captain Gerald Wilkins, embark on a mission to Nazi-controlled Alaska to dismantle Operation Black Sun!