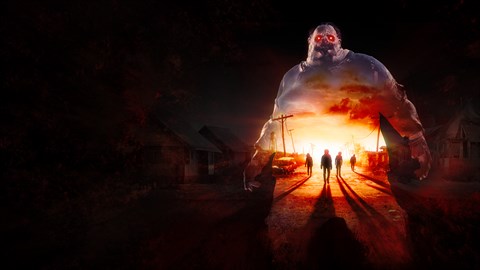 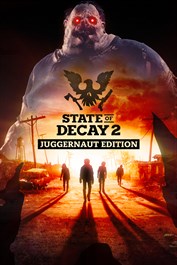 The dead have risen and civilization has fallen. Not even the military could stop the zombies, and now it's up to you to gather survivors, scavenge for resources and build a community with up to three of your friends in a post-apocalyptic world – a world where every decision matters, and where you define what it means to survive in this ultimate zombie survival simulation. State of Decay 2: Juggernaut Edition re-imagines the popular survival game as a brand-new experience to welcome first-time players... and those who've come back from the dead. This edition is packed with new and remastered content for the ultimate zombie survival experience. Join over 10 million existing players and discover what Juggernaut Edition has to offer: • The base game plus all three add-on packs released to date, including the all-new Homecoming update: o Homecoming: a full-size, fully remastered, open world version of Trumbull Valley for the core game, reintegrating the Mount Tanner and Fairfield regions to the map, and adding new sites to scavenge, along with new sights to behold. o Heartland: an massive story campaign set in a familiar town with new challenges o Daybreak Pack: a test of teamwork with siege-style, "survive the horde" gameplay o Independence Pack: a celebration of history that blows up zombies... with fireworks! • Remastered graphics and an upgraded engine featuring realistic fog effects • An expanded soundtrack with hours of new thematic musical arrangements • Providence Ridge: a brand-new open-world map full of forests, zombies, and mystery • Two-handed heavy weapons with new melee combat moves to bust zombie heads • A new introductory experience and improved controls to help you master the apocalypse ... and countless other improvements to the classic open-ended sandbox gameplay.