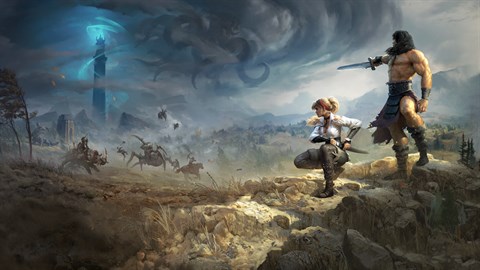 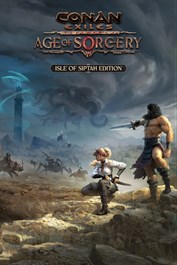 Get both the Conan Exiles base game and the massive Isle of Siptah expansion! Conan Exiles – Isle of Siptah Edition contains: • Full Conan Exiles base game • Isle of Siptah expansion Isle of Siptah is a huge expansion to the open world survival game Conan Exiles, featuring a vast new island to explore, huge and vile new creatures to slay, new building sets and a whole new gameplay cycle. In Conan Exiles you fight to survive in a vast open world sandbox, build a home and kingdom and dominate your enemies. Conan Exiles can be experienced in both local single-player and in persistent online multiplayer. New Isle of Siptah features: NEW MAP: Explore the massive Isle of Siptah, brimming with ancient ruins, new creatures, sun-drenched beaches, and massive forests. NEW DUNGEON-TYPE: Vaults were created by the elder races in a distant past. Explore them to discover horrific creatures, ancient puzzles, and valuable loot. THE MAELSTROM: The Maelstrom is a massive storm swirling around the island center and spawning monsters from the outer void. Brave it to get your hands on a new and valuable resource. SURGES OF SORCERY: Forbidden magic shoots forth from the Tower of Siptah, with humans and other creatures appearing in their wake. RHINO MOUNT AND NEW BUILDING SETS: Charge into battle atop a ferocious rhino, construct pirate towns from the remains of shipwrecks or castles from stormglass. Find and equip powerful new weapons and armor.